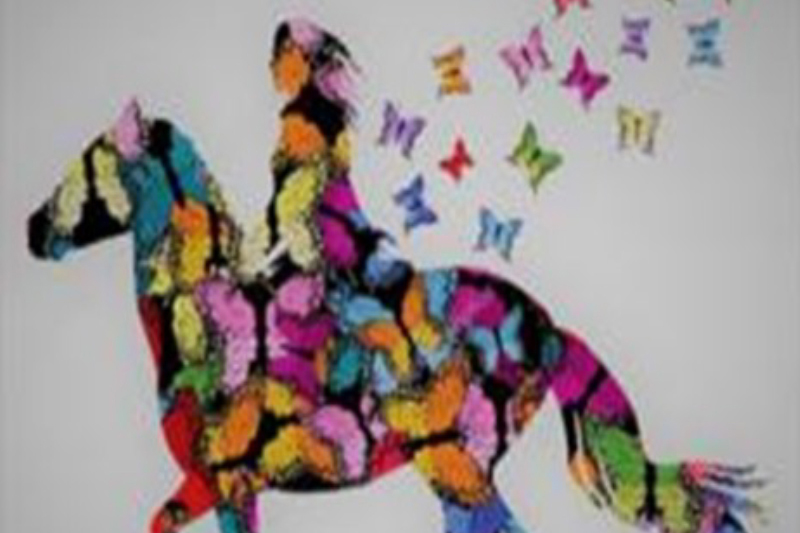 Vaulting, one of the oldest and most spectacular equestrian disciplines, is an interesting resource for the rehabilitative and therapeutic pathways related to Disordered Eating Behaviours.

This is what emerges from the results of the “Horses & Butterflies” Project, promoted by C.R. FISE Umbria, with the support of the Center for DCA in Umbertide, the Center for Behavioral Sciences and Mental Health of the Istituto Superiore di Sanità and the scientific committee of the ECOS association.

The initiative took place in Perugia, at the S. Biagio della Valle Equestrian Center, from December 2019 to February 2020 and allowed ten teenagers with food problems to carry out an experimental sports therapeutic course, based on the guidelines of the European Project SPHERE (Sport Healing Rehabilitation), co-funded by the European Commission, within the Erasmus + sport programme, which aims to define a scientific sports protocol for the use of sport as a psychiatric rehabilitation tool.

The girls involved in ”Horses & Butterflies” followed a predefined path curated and organized by Prof. Antonella Piccotti and followed by the psychiatrist doctor Stefania Cerino, during which they were able to regain awareness of themselves and their body. They learned how to take care of the horse and to be empathic with him before performing gymnastic exercises: stationary and in motion, individually and in pairs, and to the sound of music.

Saturday 27 June, at 10.00, at the S. Biagio Equestrian Center in Perugia, the final event of the Project will be held, with a short demonstration of the path taken by the girls. A short presentation of the collected data that will be sent to the University of Cardiff ( partner of the European project) for an evaluation and comparison with the other pilot initiatives underway in other European countries of the SPHERE project.

At the end of the presentation, the girls participating in the project will be awarded with a medal by Ms. Mirella Bianconi, President of FISE Umbria.